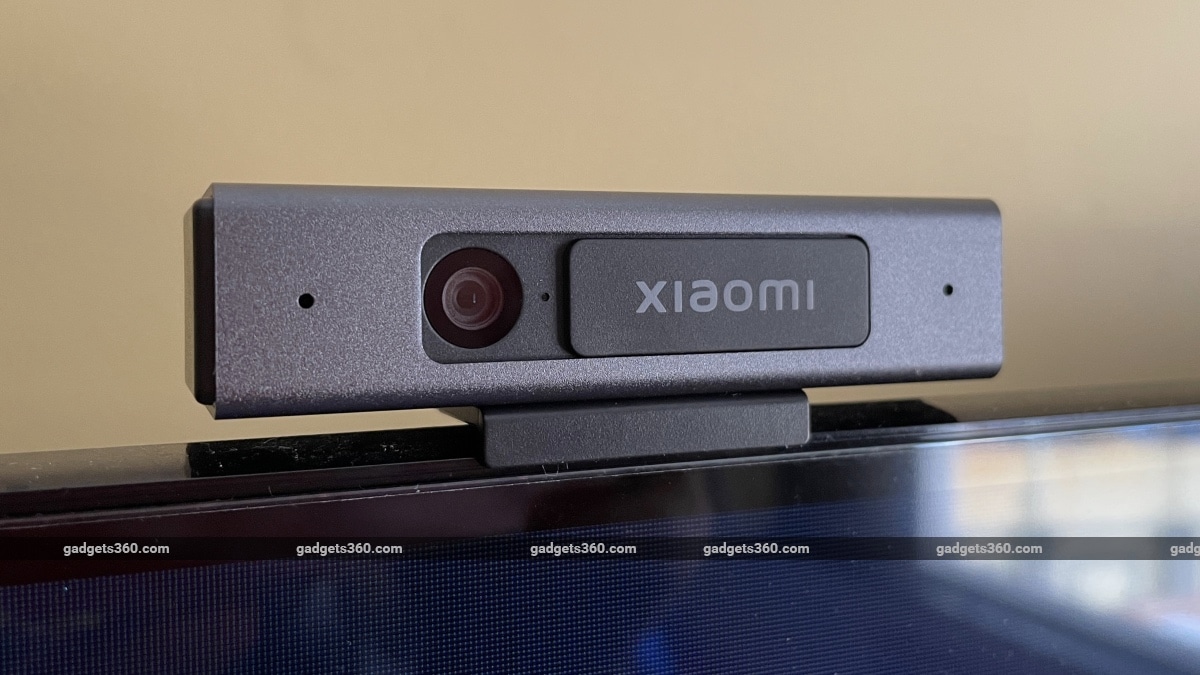 Xiaomi has launched some rather unique devices and gadgets in India over the years, including a robot vacuum-mop, air and water purifiers, and even a portable air compressor to inflate tyres. Although many of these devices serve very niche use-cases, they sit in categories where the competition is either minuscule or disorganised. This helps the company make a mark in segments that are underserved. The product I’m reviewing today offers a rather unique use-case that not much of the competition can claim to serve well – video conferencing through your smart TV.

Priced at Rs. 1,999, the Mi TV Webcam is designed to work with Android TV devices, and therefore lets you use your television as a device for video calls. You can also use the webcam with Windows and macOS computers if you like, making it versatile. Find out just how it works, and if it’s worth the price, in this review.

The Mi TV Webcam is very easy to use

While the webcam segment is quite well established in India with options from a number of brands, the Mi TV Webcam is among the better looking options you can buy today. With a rectangular shape and metal outer casing, it looks and feels great. At the front is the 2-megapixel camera, with a physical sliding shutter for privacy when needed. The two microphones sit on either side of the lens.

The back of the device has a single USB Type-C port, and the sales package includes a 1.5m USB Type-C to Type-A cable to connect the webcam to a television or computer. The webcam doesn’t need to be powered separately, and can draw all the power it needs over USB. The other end of the cable can be plugged into any smart TV or streaming device running Android TV 8 (or later), as well as Windows 7 (and later) and macOS computers.

The mounting mechanism of the Mi TV Webcam is interesting, and works quite well. You can attach this camera securely to the top of most televisions and computer screens. The mechanism consists of a slim plastic base with a slight hook at the front, a double-hinged curved arm, and a bottom plate that is both magnetic and rubber-coated for grip. Thanks to all of this, the camera was able to attach securely and stably onto the television and laptop that I tested it with, but the grip was never too firm, and it was easy to detach.

Most webcams priced below Rs. 2,000 offer 720p resolution video, but the Mi TV Webcam exceeds this making it a value-for-money offering in terms of specifications. The webcam has a 2-megapixel fixed-focus camera, can output full-HD (1920×1080 pixels) video at 25fps, and has a 71-degree field of view. For audio, there is a far-field stereo dual-microphone system, with a claimed range of 4m for voice pickup.

Use the Mi TV Webcam with Google Duo on Android TV

Some smart TVs do have built-in cameras, but this is still a premium feature that you won’t see on a lot of devices. On the other hand, the large screen of a smart TV would make it well suited for video calls, both in professional and personal settings.

There are ways to use your smartphone to place a video call and then cast the video feed to your TV, but Xiaomi’s product-based solution is a lot easier to set up and use. The webcam only needs to be plugged into a USB port on your TV or streaming device. Xiaomi says it will work on devices running Android TV 8 and later. Google Duo is available as a native app on Android TV and can be downloaded through the Google Play Store on compatible televisions and streaming devices.

The mounting mechanism of the Mi TV Webcam works very well with televisions, and also offers a secure mount on laptops

That said, compatibility may not be so simple given the fragmented and modified nature of Android TV across various devices. I tried the Mi TV Webcam with my dated MarQ 43SAFHD television running Android TV 8, and was not able to get the device to work with Google Duo. However, the webcam worked fine when connected to the Xiaomi Mi Box 4K streaming device, which runs Android TV 9.

Google Duo calls worked just fine with the Mi Box 4K, with decent picture and sound quality, and a generally clean video feed that could be positioned conveniently right in front of the TV itself. The webcam was good at picking up voices within the claimed 4m range in a quiet room, making for a decent experience when using the television for both video and voice calls. Although the Mi TV Webcam was mounted on the top of my television, the long cable meant I was able to connect it to the Mi Box 4K without any hassle.

I was also able to use the camera conveniently with multiple video conferencing and calling apps on my MacBook Air. While this might sound counterintuitive for a device that already has a camera, the Mi TV Webcam did provide a slightly better picture than the built-in webcam. However, I was only able to select which camera to use with Google Duo; FaceTime didn’t let me switch away from the built-in camera.

Xiaomi has a decent product on its hands with the Mi TV Webcam; it looks good, is versatile, and doesn’t cost too much for the specifications and features on offer. However, this is a niche product that not everyone will want or need. It’s nice to use the big screen of your TV for video calls especially when the whole family needs to be in the frame, but you’re pretty much limited to Google Duo, at least for now.

While you can use the Mi TV Webcam with laptops, most options today have decent built-in cameras, so you may not necessarily see a huge advantage in performance, and would have to deal with extra wires, connections, and setup steps. It therefore makes sense to use the Mi TV Webcam with devices that don’t have a camera – particularly Android TV devices. That said, if something like this does appeal to you, the Mi TV Webcam is pretty good at doing what it says it can do.

It’s an all television spectacular this week on Orbital, the Gadgets 360 podcast, as we discuss 8K, screen sizes, QLED and mini-LED panels — and offer some buying advice. Orbital is available on Apple Podcasts, Google Podcasts, Spotify, Amazon Music and wherever you get your podcasts.
This article was originally published by Ndtv.com. Read the original article here.
Share on Facebook
Share on Twitter
Share on Pinterest
Share on LinkedIn