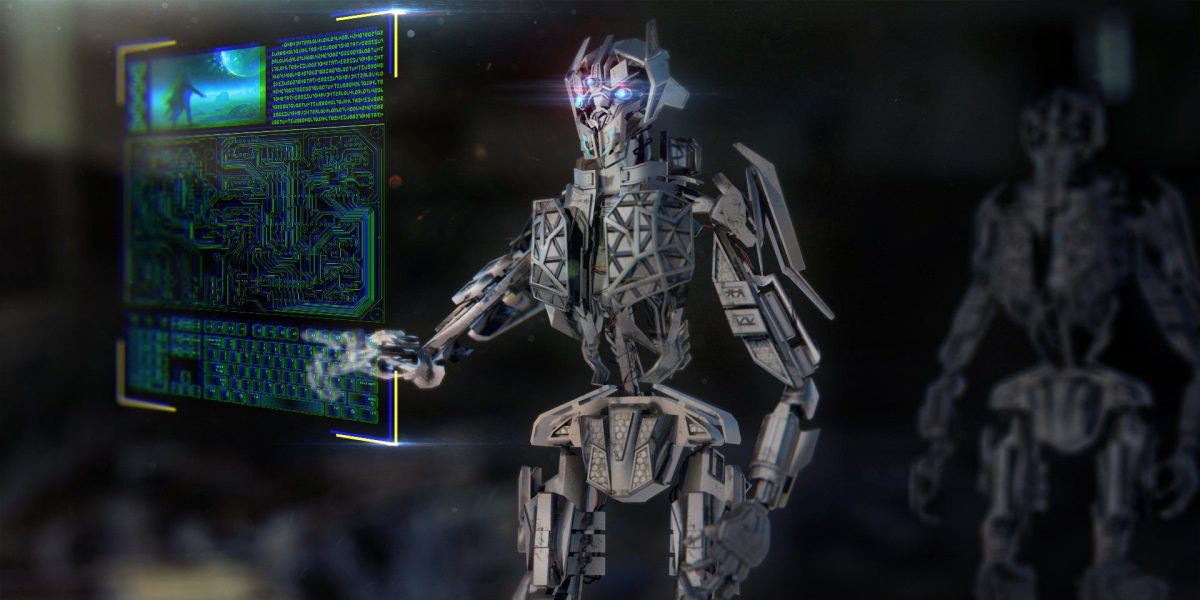 With big privacy changes, creative has become even more important with verticals like health and wellness and finance. Learn how to make data the backbone of your campaigns.

All the sessions from Transform 2021 are available on-demand now. Watch now.

This article is part of “the philosophy of artificial intelligence,” a series of posts that explore the ethical, moral, and social implications of AI today and in the future

For decades, scientists have tried to create computational imitations of the brain. And for decades, the holy grail of artificial general intelligence, computers that can think and act like humans, has continued to elude scientists and researchers.

Why do we continue to replicate some aspects of intelligence but fail to generate systems that can generalize their skills like humans and animals? One computer scientist who has been working on AI for three decades believes that to get past the hurdles of narrow AI, we must look at intelligence from a different and more fundamental perspective.

In a paper that was presented at the Brain-Inspired Cognitive Architectures for Artificial Intelligence (BICA*AI), Sathyanaraya Raghavachary, Associate Professor of Computer Science at the University of Southern California, discusses “considered response,” a theory that can generalize to all forms of intelligent life that have evolved and thrived on our planet.

Titled, “Intelligence—consider this and respond!” the paper sheds light on the possible causes of the troubles that have haunted the AI community for decades and draws important conclusions, including the consideration of embodiment as a prerequisite for AGI.

“Structures, from the microscopic to human level to cosmic level, organic and inorganic, exhibit (‘respond with’) phenomena on account of their spatial and temporal arrangements, under conditions external to the structures,” Raghavachary writes in his paper.

This is a general rule that applies to all sorts of phenomena we see in the world, from ice molecules becoming liquid in response to heat, to sand dunes forming in response to wind, to the solar system’s arrangement.

Raghavachary calls this “sphenomics,” a term he coined to differentiate from phenomenology, phenomenality, and phenomenalism.

“Everything in the universe, at every scale from subatomic to galactic, can be viewed as physical structures giving rise to appropriate phenomena, in other words, S->P,” Raghavachary told TechTalks.

Biological structures can be viewed in the same way, Raghavachary believes. In his paper, he notes that the natural world comprises a variety of organisms that respond to their environment. These responses can be seen in simple things such as the survival mechanisms of bacteria, as well as more complex phenomena such as the collective behavior exhibited by bees, ants, and fish as well as the intelligence of humans.

“Viewed this way, life processes, of which I consider biological intelligence — and where applicable, even consciousness — occur solely as a result of underlying physical structures,” Raghavachary said. “Life interacting with environment (which includes other life, groups…) also occurs as a result of structures (e.g., brains, snake fangs, sticky pollen…) exhibiting phenomena. The phenomena are the structures’ responses.”

In inanimate objects, the structures and phenomena are not explicitly evolved or designed to support processes we would call “life” (e.g., a cave producing howling noises as the wind blows by). Conversely, life processes are based on structures that consider and produce response phenomena.

However different these life forms might be, their intelligence shares a common underlying principle, Raghavachary says, one that is “simple, elegant, and extremely widely applicable, and is likely tied to evolution.”

In this respect, Raghavachary proposes in his paper that “intelligence is a biological phenomenon tied to evolutionary adaptation, meant to aid an agent survive and reproduce in its environment by interacting with it appropriately — it is one of considered response.”

The considered response theory is different from traditional definitions of intelligence and AI, which focus on high-level computational processing such as reasoning, planning, goal-seeking, and problem-solving in general. Raghavachary says that the problem with the usual AI branches — symbolic, connectionist, goal-driven — is not that they are computational but that they are digital.

There’s no doubt that the digital computation of intelligence has yielded impressive results, including the variety of deep neural network architectures that are powering applications from computer vision to natural language processing. But despite the similarity of their results to what we perceive in humans, what they are doing is different from what the brain does, Raghavachary says.

The “considered response” theory zooms back and casts a wider net that all forms of intelligence, including those that don’t fit the problem-solving paradigm.

“I view intelligence as considered response in that sense, emanating from physical structures in our bodies and brains. CR naturally fits within the S->P paradigm,” Raghavachary said.

Developing a theory of intelligence around the S->P principle can help overcome many of the hurdles that have frustrated the AI community for decades, Raghavachary believes. One of these hurdles is simulating the real world, a hot area of research in robotics and self-driving cars.

“Structure->phenomena are computation-free, and can interact with each other with arbitrary complexity,” Raghavachary says. “Simulating such complexity in a VR simulation is simply untenable. Simulation of S->P in a machine will always remain exactly that, a simulation.”

A lot of work in the AI field is what is known as “brain in a vat” solutions. In such approaches, the AI software component is separated from the hardware that interacts with the world. For example, deep learning models can be trained on millions of images to detect and classify objects. While those images have been collected from the real world, the deep learning model has not directly experienced them.

While such approaches can help solve specific problems, they will not move us toward artificial general intelligence, Raghavachary believes.

In his paper, he notes that there is not a single example of “brain in a vat” in nature’s diverse array of intelligent lifeforms. And thus, the considered response theory of intelligence suggests that artificial general intelligence requires agents that can have a direct embodied experience of the world.

“Brains are always housed in bodies, in exchange for which they help nurture and protect the body in numerous ways (depending on the complexity of the organism),” he writes.

Bodies provide brains with several advantages, including situatedness, sense of self, agency, free will, and more advanced concepts such as theory of mind (the ability to predict other the experience of another agent based on your own) and model-free learning (the ability to experience first and reason later).

“A human AGI without a body is bound to be, for all practical purposes, a disembodied ‘zombie’ of sorts, lacking genuine understanding of the world (with its myriad forms, natural phenomena, beauty, etc.) including its human inhabitants, their motivations, habits, customs, behavior, etc. the agent would need to fake all these,” Raghavachary writes.

Accordingly, an embodied AGI system would need a body that matches its brain, and both need to be designed for the specific kind of environment it will be working in.

“We, made of matter and structures, directly interact with structures, whose phenomena we ‘experience.’ Experience cannot be digitally computed — it needs to be actively acquired via a body,” Raghavachary said. “To me, there is simply no substitute for direct experience.”

In a nutshell, the considered response theory suggests that suitable pairings of synthetic brains and bodies that directly engage with the world should be considered life-like, and appropriately intelligent, and — depending on the functions enabled in the hardware — possibly conscious.

This means that you can create any kind of robot and make it intelligent by equipping it with a brain that matches its body and sensory experience.

“Such agents do not need to be anthropomorphic — they could have unusual designs, structures and functions that would produce intelligent behavior alien to our own (e.g., an octopus-like design, with brain functions distributed throughout the body),” Raghavachary said. “That said, the most relatable human-level AI would likely be best housed in a human-like agent.”

Ben Dickson is a software engineer and the founder of TechTalks. He writes about technology, business, and politics.