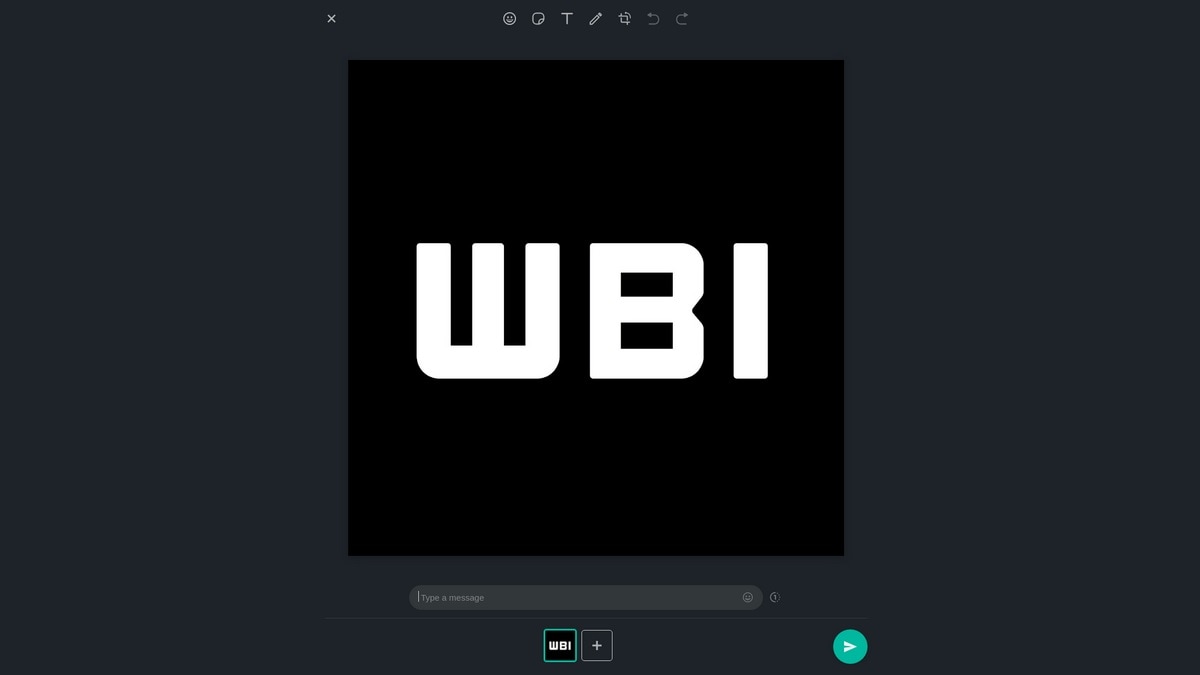 WhatsApp Web and desktop apps are reportedly getting photo editing tools, a feature that has been present only in the mobile app till now. These tools will allow users to edit photos, with an additional option to add stickers, before sending them. This feature may not be visible to all users right away. Additionally, WhatsApp beta version 2.21.16.10 reportedly brings new emojis to the instant messaging app that were announced in April and recently made their way to iOS.

WhatsApp update tracker WABetaInfo has noted new editing tools on WhatsApp Web and desktop app. These editing options referred to as ‘Drawing Tools’ allow editing images before sending them from WhatsApp Web or desktop app. The mobile app has had image editing tools since the beginning. With the new Drawing Tools, users can add emojis or text to the image, and crop or rotate it, before sharing them. The WhatsApp Web and desktop apps are expected to get an additional option to add stickers to images while editing, which is not available on the mobile app yet.

The tools can be seen on top after you select the image you’d like to share. The option to add text is still present at the bottom along with the ‘view once’ option.

According to the publication, the feature will soon be visible to all users and they are recommended to update to the latest version of WhatsApp on Android, iOS, and desktop.

In a separate report, WABetaInfo also shared that WhatsApp beta app has been updated to version 2.21.16.10 in the Google Play Beta Program and it brings a bunch of new emojis. These emojis were unveiled by Unicode Consortium back in July last year and made their way to iOS 14.5 in April. Now, they will reportedly be available to WhatsApp beta users as well. They include multiple-skin tone couple emojis with heart, couples kissing, face in clouds, face with spiral eyes, and many more. There were a total of 217 new emojis.