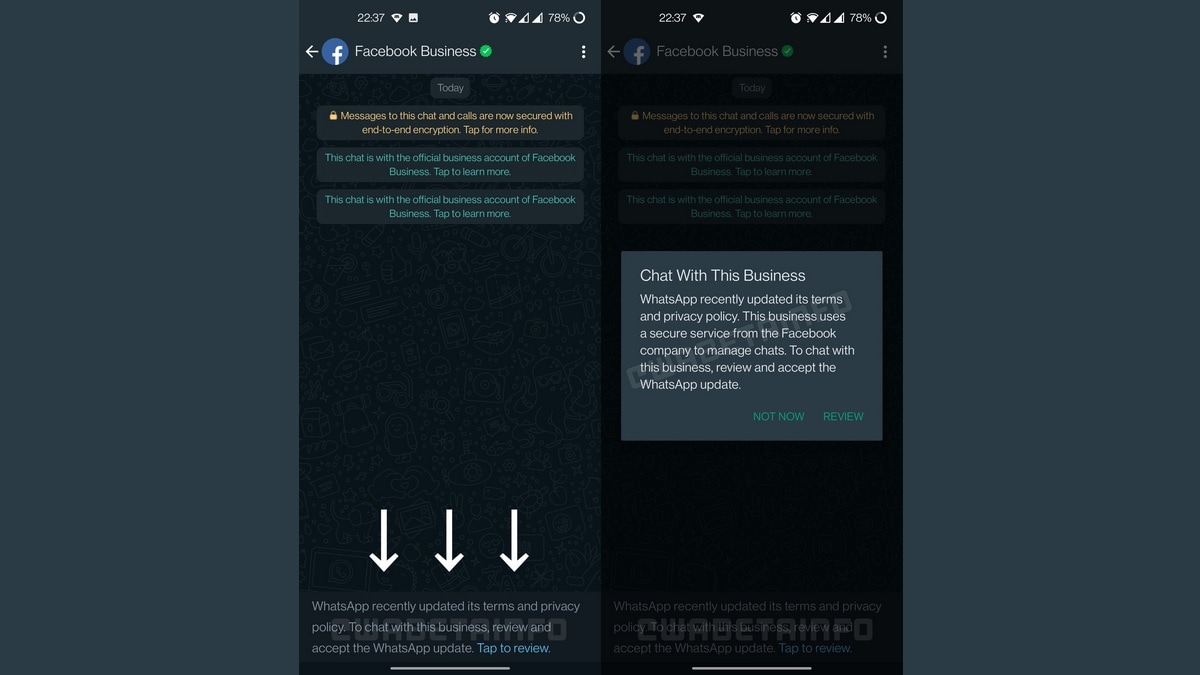 WhatsApp will reportedly make its terms of service optional for users. The Facebook-owned instant messaging service updated its privacy policy and terms of service back in January to better integrate with other products and services offered by Facebook. It faced major backlash from its user base with a number of people jumping ship to Signal and Telegram. Now, it looks like the instant messaging service will make agreeing to the news terms optional without restricting account access for most users.

According to a report by WhatsApp features tracker WABetaInfo, WhatsApp will make accepting its new terms of service optional in a future update. This means users will not be forced to accept the terms in fear of their account being limited as that was the case earlier. The report states that only those who want to message business accounts that use cloud providers will need to review and accept the terms.

As per a screenshot shared by WABetaInfo, the new terms and service pop-up shows up when messaging specific business accounts. The pop-up states, “WhatsApp recently updated its terms and privacy policy. The business uses a secure service from the Facebook company to manage chats. To chat with business, review and accept the WhatsApp update.” There are two options — ‘Not now’ and ‘Review.’

WABetaInfo adds that WhatsApp is planning to announce this change very soon and will be releasing an update on WhatsApp beta for Android and iOS.

Recently, it was reported that WhatsApp is working on message reactions that work similar to how reactions are available on iMessage, Instagram, and Twitter. It was said that the messaging service is testing message reactions internally so not even beta testers had access to it. Additionally, it was also reported that WhatsApp for Android is getting updated with a new colour scheme that is brighter compared to the existing one. The new colour was available in WhatsApp beta version 2.21.18.1 for Android.