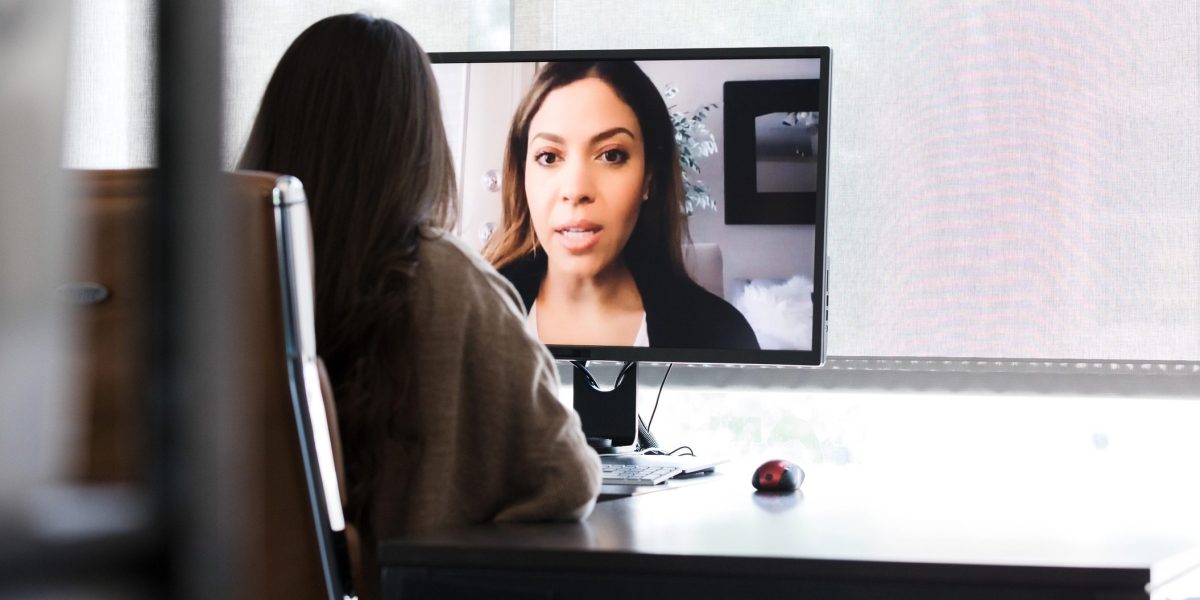 Open standards will have a huge impact on driving innovation in banking. Learn the status in the U.S. – and the bold new opportunities open standards are set to usher in.

The mass adoption of video conferencing technology has been one of the most visible and deeply felt workplace shifts to stem from the pandemic. Organizations that had rarely, if ever, used such platforms began doing so multiple times a day, relying on them to keep their businesses afloat. And Zoom — which previously had little consumer awareness — suddenly became a verb as recognizable to the average person as “Google.”

Now as many enterprises start considering what a return to the office might look like, and what meeting technologies will best meet their new needs, there are more factors than ever at play. An all-remote team is going to want a different approach than a hybrid team, for example. And even if you’re not at all interested in options like Facebook’s VR-powered Horizon Workrooms, there’s still a variety of emerging video conferencing technologies to choose from.

One increasingly popular option, according to Nathan Coutinho, director of global conferencing strategy at Logitech, is proximity mobile app technology that lets users walk into a physical meeting room and seamlessly connect to the call on their smartphones using ultrasonic frequencies, similar to Apple’s Airdrop feature. There’s also Scribe, a Logitech webcam built specifically for whiteboards. It uses Bluetooth to project any typical whiteboard over video conferencing platforms, using AI to enhance the text and colors. And of course, there are also various controller systems and mic setups to consider.

VentureBeat recently caught up with Coutinho to learn about these shifts in meeting conferencing technology and how enterprises can navigate their changing needs.

This interview has been edited for brevity and clarity.

VentureBeat: Recent research from Logitech suggests that 60% of organizations are strongly considering adopting mobile and next-generation meeting room technology. How has this interest changed over the last few years? And what are the driving factors?

Nathan Coutinho: Being able to use a mobile phone to interact with a meeting room conferencing device is not new, but it’s definitely been ratified and standardized. Some offered it two years ago, but it was fairly buggy. But now as we think about going back to the office, almost every customer is saying they want to implement some sort of touchless system in conference rooms, whether it’s a huddle room or a large conference room. And in some cases, they want you to be able to start the meeting with the phone.

So that’s from a mobile perspective, but there are also customers that want a meeting controller in the room. And that’s been a really successful product because it gives you consistency in meeting rooms. If you’re in a meeting with one person or 20 people, they have different cameras, but the user experience is the same. And we also work with every provider out there. If you start on Zoom and decide for some reason to move to a different platform, you can do that fairly easily. You now get a better investment because you don’t have to throw away and start again, whereas previous platforms were tied directly to the systems themselves. So I think the technology has come a long way, and then obviously we’ve had the biggest mass adoption of videoconferencing ever seen over the last 12 to 16 months. So those factors have really caused everyone to sign up for and embed these technologies.

VentureBeat: What would you say are the most important considerations IT teams should take into account when making decisions about meeting technologies and equipment for remote and hybrid work? How can an enterprise know which solution is right for them?

Coutinho: Number one, I think most customers are still trying to figure out the breakdown of in-person versus remote. If people are coming in one day a week or four days a week, that’s going to change if you do dedicated desks or not. And as people are going back, IT and HR departments are also really concerned about making sure the home work environment seamlessly integrates with the office.

The other big consideration is how your teams actually work. And this is where it gets very interesting because it looks different for every customer. Some have more small team meetings, while others have larger team meetings. And this is why when we’re talking to customers, we basically build solutions custom for them.

VentureBeat: Are there any frequently asked questions IT teams have? Or any misconceptions you can help clear up?

Coutinho: One really common question is, “How many microphones do I need?” Because room sizes vary. But we have a configurer online that asks really simple, non-technical questions. You’ll answer how many people in the room, which video platform you’re using, and it will start custom-building based on those variables. So that’s really a great tool for customers who aren’t familiar with building a lot of different rooms, which seems to be a common issue. We definitely anticipate that almost every conference room will have video going forward. I don’t even think it’s a question. In the report, it says about 75% of the people who make hardware decisions are basically going to put video hardware everywhere, so this is one of those things where it’s going to happen. It’s just a matter of time.

VentureBeat: The idea of VR-powered meeting rooms has been widely discussed since Facebook announced Horizon Workrooms last week. I spoke to a bunch of business leaders and employees about the app and got mixed reactions. In your day to day, do you see an appetite for this type of interaction? Do you have any thoughts on it overall?

Coutinho: I’ve used a couple of these when they were in alpha a couple years ago, and it was very Second Life-ish, like very very buggy. The idea is there, but there are two things. One is that the technology definitely has to get there. And it will, but there’s also a hesitancy from the end user perspective. And I think the adoption by far will be the biggest problem and will take time. So for example, think about how many people had access to video conferencing before the pandemic and never used it. I think like 20% of the licenses on an average were being used on a monthly basis, and then that went up to almost 90%. Post pandemic, it’s not going to change. People aren’t going to go back. So just like that, as these technologies mature, I totally expect this to happen once they get technically viable and available for all. And we will build those experiences into our products once they become available. We have no problem supporting it, but right now, I think we’ve got more important things to work on

VentureBeat: Are there any other high-level trends in this space you’re keeping an eye on? What’s interesting to you about where these technologies could go next?

Coutinho: After the beginning of the pandemic, it has definitely become clear that all the video conferencing providers, and then us, are laser focused on simplicity and making it less frustrating. We’ve come from systems that were fairly complicated to use, and now you can use your phone to connect to a system remotely and just start your meeting. And so I think the next round of this is like, how do we make it even easier? How do we make it more equitable? For example, there’s the framing feature for a conference room where you can take one single camera and capture everyone in the room, but provide them back to the remote workforce in blocks of their own so everyone is seen. That’s just going to get better and better over time.

Also the ability to schedule meetings and find rooms. Companies have the panels outside the rooms with green bands for available or red for not available, but what if there are 16 other floors? You can’t physically walk every floor, so all that’s going to be automated from a wayfinding perspective. And some of the [technology] has been around for a while, but honestly it’s been complicated for the IT staff to put in and as well as for the end user. So everyone is now focused on: How do you make it equitable; how do we make it simple; how do we make it easy to find, start, and shut down meetings? And how do we keep it all consistent whether you’re at home, in a coffee shop, in the office, or sitting on a train?