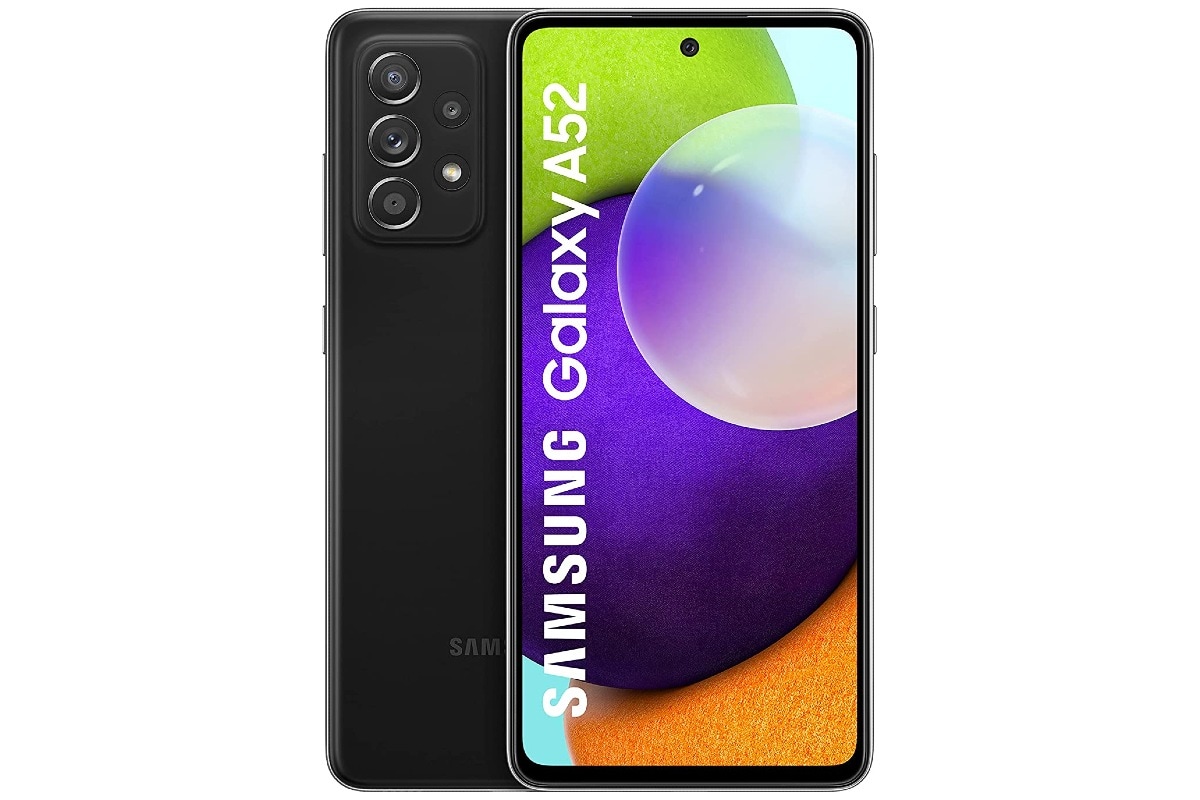 Samsung Galaxy A52 price in India has been increased by Rs. 1,000, the company has confirmed to Gadgets 360. The Samsung phone was launched in March this year with a 90Hz display, quad rear cameras, and an IP67-certified build. Samsung Galaxy A52 also comes with an octa-core Qualcomm Snapdragon 720G SoC and has up to 8GB of RAM. The Galaxy A-series phone was launched alongside the Galaxy A72, though the latter has not received a price hike in the country.

Samsung Galaxy A52 price in India

The price hike was initially reported by MySmartPrice. Samsung confirmed to Gadgets 360 that it is applicable through all retail channels in the country. The increased pricing was also reflecting on the Samsung India online store and Amazon at the time of writing.

The dual-SIM (Nano) Samsung Galaxy A52 runs on One UI 3.1 with Android 11 on top. It features a 6.5-inch full-HD+ Super AMOLED display with a 90Hz refresh rate. It is powered by the octa-core Qualcomm Snapdragon 720G SoC, along with up to 8GB of RAM. The phone also carries a quad rear camera setup that houses a 64-megapixel primary sensor with an f/1.8 lens and optical image stabilisation (OIS). The rear camera setup also includes a 12-megapixel ultra-wide shooter, a 5-megapixel depth sensor, and a 2-megapixel macro shooter.

For selfies and video chats, Samsung Galaxy A52 has a 32-megapixel selfie camera sensor at the front. The phone includes 128GB of onboard storage as standard and packs a 4,500mAh battery with up to 25W fast charging.

The price hike of Samsung Galaxy A52 comes just a couple of days after the launch of the Galaxy A52s. Companies including Realme and Xiaomi also recently raised the pricing of their affordable phones.

Are the Galaxy Z Fold 3 and Z Flip 3 still made for enthusiasts — or are they good enough for everyone? We discussed this on Orbital, the Gadgets 360 podcast. Orbital is available on Apple Podcasts, Google Podcasts, Spotify, Amazon Music and wherever you get your podcasts.
Affiliate links may be automatically generated – see our ethics statement for details.
This article was originally published by Ndtv.com. Read the original article here.
Share on Facebook
Share on Twitter
Share on Pinterest
Share on LinkedIn