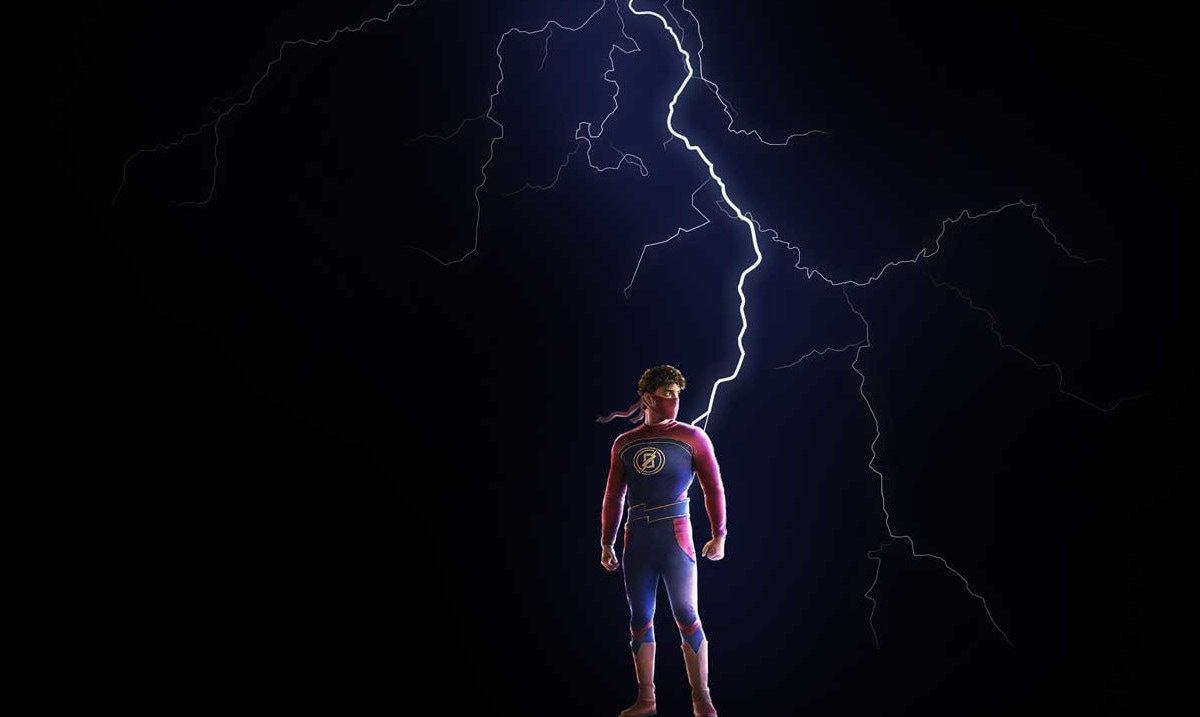 Minnal Murali, the Tovino Thomas-led Malayalam-language superhero movie, is headed to Netflix. On Monday, the world’s biggest subscription-based video streaming service announced that it had acquired the Indian superhero movie — and that it would be “coming soon” to Netflix. In Minnal Murali, the titular character is an ordinary man (Thomas) who turns into a superhero after being struck by a bolt of lightning. The first look reminded me of The Flash and Shazam, but in an Indian setting. Even the Minnal Murali logo seems “inspired” by the two DC Comics superheroes.

A Minnal Murali poster unveiled by Netflix shows an early get-up for Thomas’ superhero, with a folded dhoti and a red scarf covering his face, presumably to protect his identity. That will evolve into his tight-fitting superhero costume — dominated by blue and red, paired with a red mask that also feels COVID-appropriate — that can be seen in images released alongside (above). No word on the full extent of Minnal Murali’s superpowers, except that he does have supernatural strength.

“I’ve been attached and committed to the character of Minnal Murali from the very beginning,” Thomas said in a prepared statement. “I spent all my time communicating with my director [Basil Joseph] to ensure the best possible outcome and immense amounts of work went into creating Minnal Murali. I’ve learnt a lot and I’m grateful that during these strange times, people can still appreciate cinema from the comfort of their homes through Netflix. I hope everyone who watches the film loves Minnal Murali just as much as I do.”

“We wanted to create a superhero that people could relate to and connect with on an emotional level,” Joseph said in a prepared statement. “Though the essence of a superhero movie is the action, our genuine efforts were focused on having a strong narrative that could stand on its own while backing the action. The film is going to be a really exciting one and I am looking forward to the release. It has been a dream project for the entire team and I am glad that the film is releasing on Netflix.”

Paul added: “As a producer, this was my most challenging yet gratifying experience. I am proud of this journey. We brought together the best team of actors, technicians and platforms for the rise of this local superhero: Minnal Murali. This superhero movie transcends languages, as at the core, it’s a human story of emotions and circumstances. I am thrilled and proud of Minnal Murali. I am glad that we got an opportunity to join hands with Netflix on their upcoming Malayalam film. Minnal Murali is just the beginning. We are just getting started.”

Minnal Murali is “coming soon” to Netflix. The Malayalam-language movie will also be available in English, Hindi, Kannada, Tamil, and Telugu.