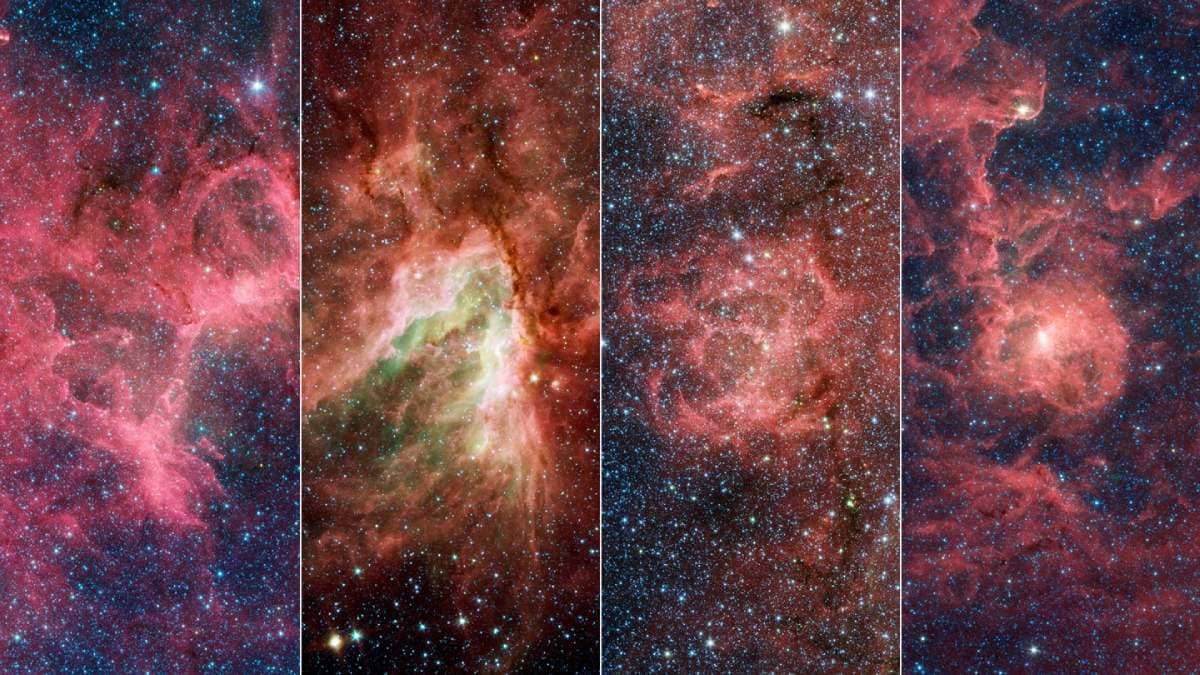 NASA often shares images of the Earth and space that leaves social media users in awe. This time around, the space agency shared not one but four images of nebulae — star-forming gaseous clouds — on its official Instagram page. Sharing the breathtaking pictures, NASA wrote in the caption, “Stars: they’re just like us!” Before you wonder how we are similar to the heavenly bodies, the caption added that even stars are “composed of hydrogen, helium, and carbon.” Offering context to the pictures, NASA stated that the four nebulae captured in the photos are Eagle Nebula, Omega Nebula, Trifid Nebula, and Lagoon Nebula.

On the Instagram post, NASA said, “Nebulae are breathtakingly beautiful star-forming clouds of gas and dust. Pictured here are four of the most famous known nebulae images captured by the Spitzer Space Telescope: The Eagle Nebula (which contains the Pillars of Creation), the Omega Nebula, the Trifid Nebula, and the Lagoon Nebula.”

The caption further said that nebulae exist in interstellar space, which is the space between the stars. “The closest known nebula to Earth contains the remnants of a dying star – possibly like our Sun, called the Helix Nebula.”

So how far are we from the closest nebula? According to NASA, it would take us several hundred years to get to it. “At approximately 700 light-years away, even if you could travel at the speed of light, it would still take you 700 years to get there,” the caption said.

Reacting to the image, a user who goes by handle ‘Joejoeboddie’ said, “Just….beautiful.” Another user by the username ‘Raha Iran 72’ said, “How TINY we are! It’s breathtaking.”

One user, ‘Spellbounded’, wrote, “Satisfying. This is my reason to keep going.” Most others left heart-eye emojis in the comment section.

According to NASA, a team of astronomers in the 1950s made “rough distance measurements to some of the stars in these four nebulae.” As a result of this, the team was able to infer the existence of the Sagittarius Arm, which in turn provided some of the first evidence of the spiral structure of our galaxy.

The word Nebula is derived from the Latin word for cloud or fog.