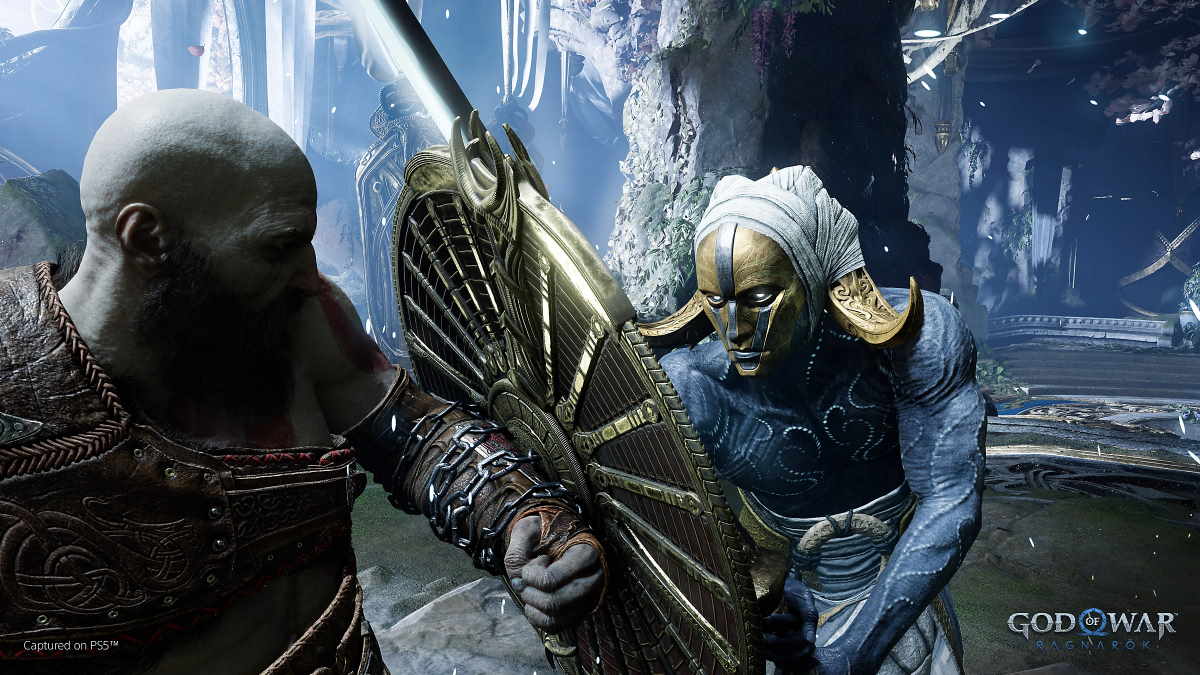 God of War: Ragnarök got some new gameplay footage, courtesy of GameInformer. The snippet video offers a glimpse at the new region of Svartalfheim, as Kratos explores the Dwarven realm and uses his weapons to solve puzzles. Unlike past marketing campaigns, Sony seems to be saving the main reveal for a date closer to the launch, by feeding gameplay information in titbits, or only talking about the deluxe editions, to avoid disclosing any spoilers. God of War Ragnarök releases on November 9, exclusively on the PS4 and PS5.

This new bit of gameplay focuses on the traversal and discovery aspect, which like the previous entry, will be mostly based on foot or the canoe. As reported before, God of War: Ragnarök will let you explore the nine realms, as you team up with Atreus and journey into the open, in search of methods to prevent the apocalypse. In 2018’s God of War, Odin barred access to the realms beyond Midgard. These realms included Asgard, Vanaheim, and the aforementioned burrow of the Dwarves, Svartalfheim — all of which are now explorable, as per game director Eric Williams.

Svartalfheim is a region that “exemplifies” Dwarven ingenuity, with ancient technical marvels such as mine pits, artificial water channels, and sprawling cities, all culminating in complex environmental puzzles. In order to navigate the new realm, players must rely on Kratos’ toolset and partner with his son, Atreus, to come up with solutions. While the Leviathan Axe allows for quick-freezing scalding hot geysers, the iconic Blades of Chaos lets you dismantle pots, akin to the Batclaw from the Batman: Arkham games. Of course, you can also command the “boy” to climb out-of-reach areas to turn valves and such.

The reveal trailer showed Kratos and company using sledge wolves for traversal across snowy areas, but GameInformer teased that there are other ways to explore the Norse realm. Last week, the publication also revealed some combat footage for God of War: Ragnarök, which touched upon some elemental attacks that could be applied to Kratos’ weapons. General gameplay appears similar to the prequel, allowing you to grapple up to ledges using your Chaos Blade and throw around an axe to stun incoming hordes of enemies.

Kratos’ shield sees some massive improvements, with players being handed a choice between the Dauntless and a Stonewall shield, each used in tactically different situations. The Dauntless allows for last-second parries or deflects that build up the ability to toss enemies and stun them. Meanwhile, the Stonewall is the more brutish option, slower in motion, but deals heavy damage to opponents. Same as in the last game, Atreus continues to be an archer, assisting in fights by summoning spectral creatures.

Santa Monica Studios has also added a new ability mapped to the triangle button, which activates a weapon’s signature move upon mashing or holding. Kratos can now infuse his armaments with ice or fire, dealing extra damage by freezing or incinerating enemies. Further details on gameplay should be revealed closer to launch.

God of War: Ragnarök releases on November 9, exclusively on the PS4 and PS5.